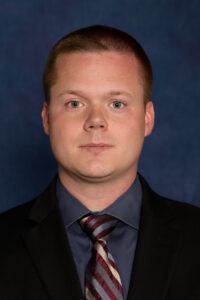 Jeff enlisted in the United States Airforce in June 2011.  Following Basic Training, he was assigned to the 20th Intelligence Squadron, Offutt Air Force Base, Nebraska, as a Geospatial Intelligence Analyst.  There, Jeff was charged with the processing, analyzing, assembling, and disseminating of classified targeting data.  Jeff was subsequently promoted to Quality Control where he was tasked with Headquarters-level policy rewrites and training development for the weapon system.

While at Offutt Air Force Base, Jeff earned additional certifications in Battle Damage Estimation, Collateral Damage Estimation, and Precise Point Mensuration, and was promoted to Staff Sergeant prior to his departure.  Furthermore, Jeff received the Air Force Achievement Medal for his contributions to the mission.

In 2015, Jeff was assigned to Osan Air Base in the Republic of Korea as an analyst supervisor, where he was charged with observing North Korean activities for armistice compliance.  While in Korea, Jeff completed his Associates Degree in Applied Science, majoring in Intelligence Studies and Technologies, received October of 2015,  from the Community College of the Air Force.  Subsequently, Jeff transferred to the Nevada Air National Guard, where he served again as an analyst and supervisor for various missions across the globe.

While nearing the completion of his military service, Jeff obtained his Bachelor of Science majoring in Psychology, awarded June, 2017 by Bellevue University, Nebraska.  Jeff then transitioned to full-time student status in pursuit of his Juris Doctor.

In August, 2017, Jeff was admitted to the University of Idaho, College of Law.  There, Jeff was placed on the Dean’s Honor Roll for two of five semesters.  Furthermore, Jeff served for one year each as Vice President of the Intellectual Property Law Society, and Marshal of the Phi Alpha Delta legal fraternity.  Jeff graduated six months early and was awarded his Juris Doctor in December of 2019.

In his free time, Jeff works with children and young adults in the Civil Air Patrol Program, where he serves as a Second Lieutenant.  Jeff has been charged with the office of Leadership Officer, and the Squadron Finance Officer.  As Leadership Officer, Jeff works with cadets weekly to meet training and education requirements, which include drill and ceremony, aerospace education, and professionalism.  Jeff has been an active member of the Civil Air Patrol since 2013.

We will respond to your inquiry in a timely fashion. Thank you.